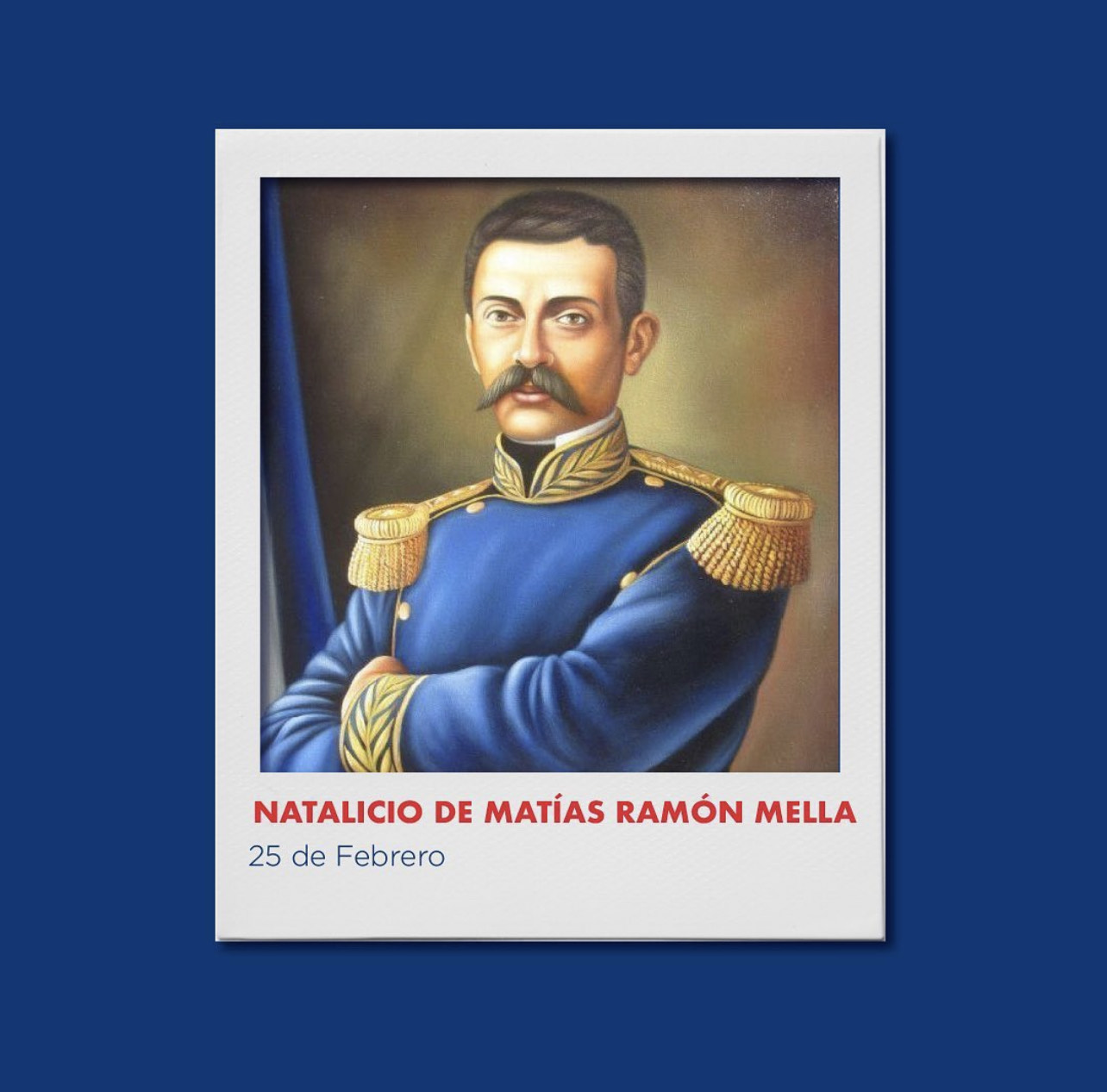 This February 25 marks the 206th anniversary of the birth of Matías Ramón Mella, one of the three fathers of the Nation. Nick was born on February 25, 1816.

Politician, soldier and activist of the independence movement, Mella fired the trabucazo on the night of February 27, 1844 at the Puerta de la Misericordia, starting the revolt for national independence.

Of the founders of the Republic, Mella was the most suitable for military activities, since his skill as a strategist contributed to achieving Independence by putting an end to the Haitian occupation.

“There is no time to go back, we must be free or die, is the slogan.”