CONGRESS OF IBERO-AMERICAN MIGRATORY AUTHORITIES EXPOSES CONCERN AND CALLS THE INTERNATIONAL COMMUNITY ABOUT THE IMPACT OF THE HAITIAN MIGRATION FLOW IN THE REGION. 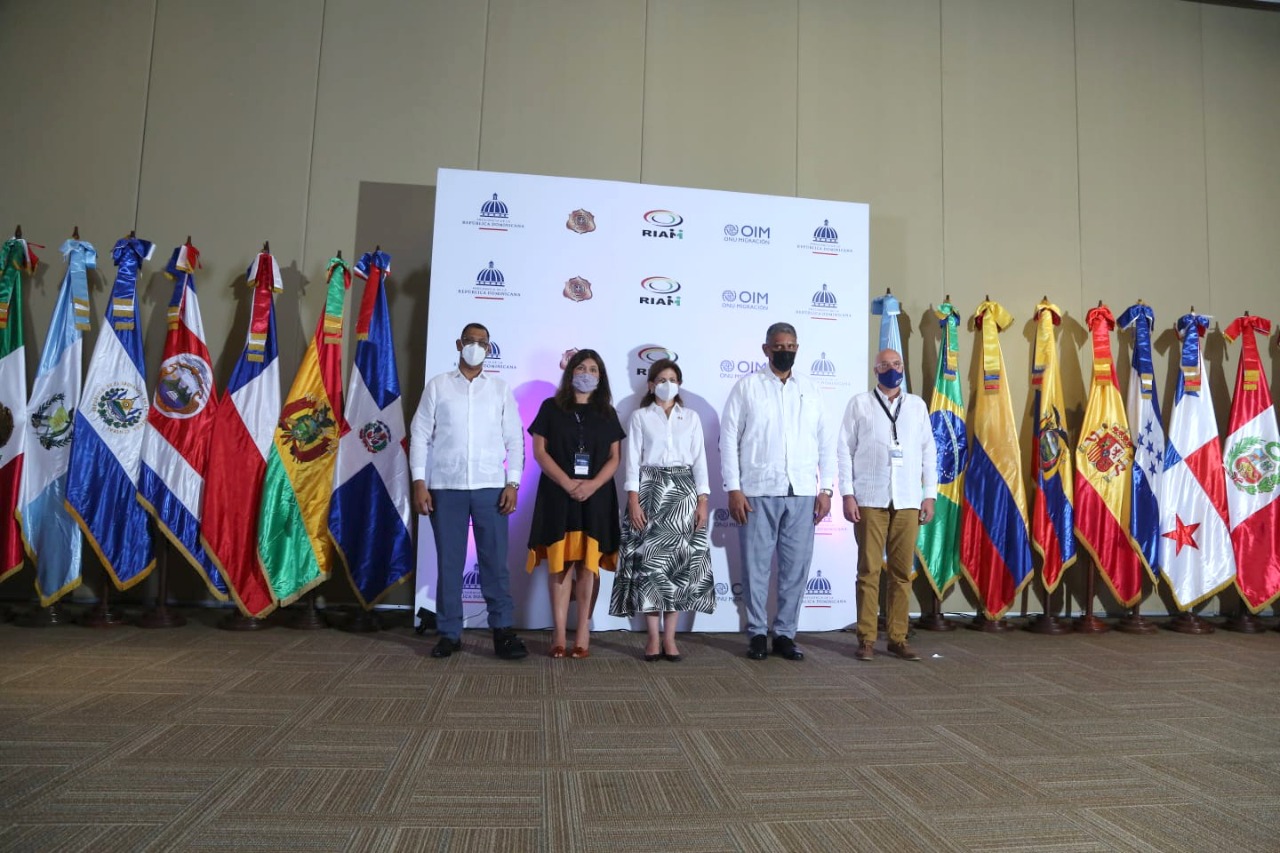 Punta Cana. The congress of the Ibero-American Network of Migration Authorities (RIAM) drew attention to the international community on the migratory flows of the Republic of Haiti in the region, as well as on the impacts they cause in some of the member countries. And, in that sense, he created a work table to deal with this issue.

Representatives from 13 member countries of the Network participated in the congress, which was attended by the Vice President of the Dominican Republic, Raquel Peña: Argentina, Brazil, Colombia, Chile, Costa Rica, Ecuador, Spain, Guatemala, Panama, Paraguay , Peru, the Dominican Republic and Uruguay; as well as invited delegations from Aruba, Canada, Haiti, the United States, IATA and Interpol.

Also present were the Minister of the Interior and Police, Jesús Vásquez, the Vice Minister of Foreign Affairs for Consular and Migratory Affairs, Jatzel Román, representing the Minister of Foreign Affairs Roberto Álvarez: the Head of Mission of the International Organization for Migration (IOM ), Josué Gastelbondo, the Director General of Migration, Enrique García, outgoing President Pro Tempore of RIAM, and the Technical Secretary of the Network, Alba Goicoechea.

Ecuador and Peru will jointly and extraordinarily assume the Pro Tempore Presidency during 2022, in response to the interest shown by both governments to strengthen the network’s efforts, for the first time since its creation.

The RIAM was created with the purpose of generating a cooperation tool between Ibero-American migration authorities to share information and training, unify criteria and measures regarding transnational crimes such as human trafficking, falsification of documents, migrant smuggling and other issues that allow improve migration management, in accordance with the legal and regulatory frameworks of each country.