GENERAL DIRECTION OF MIGRATION and MLB sign an agreement to regulate the entry of foreign athletes. 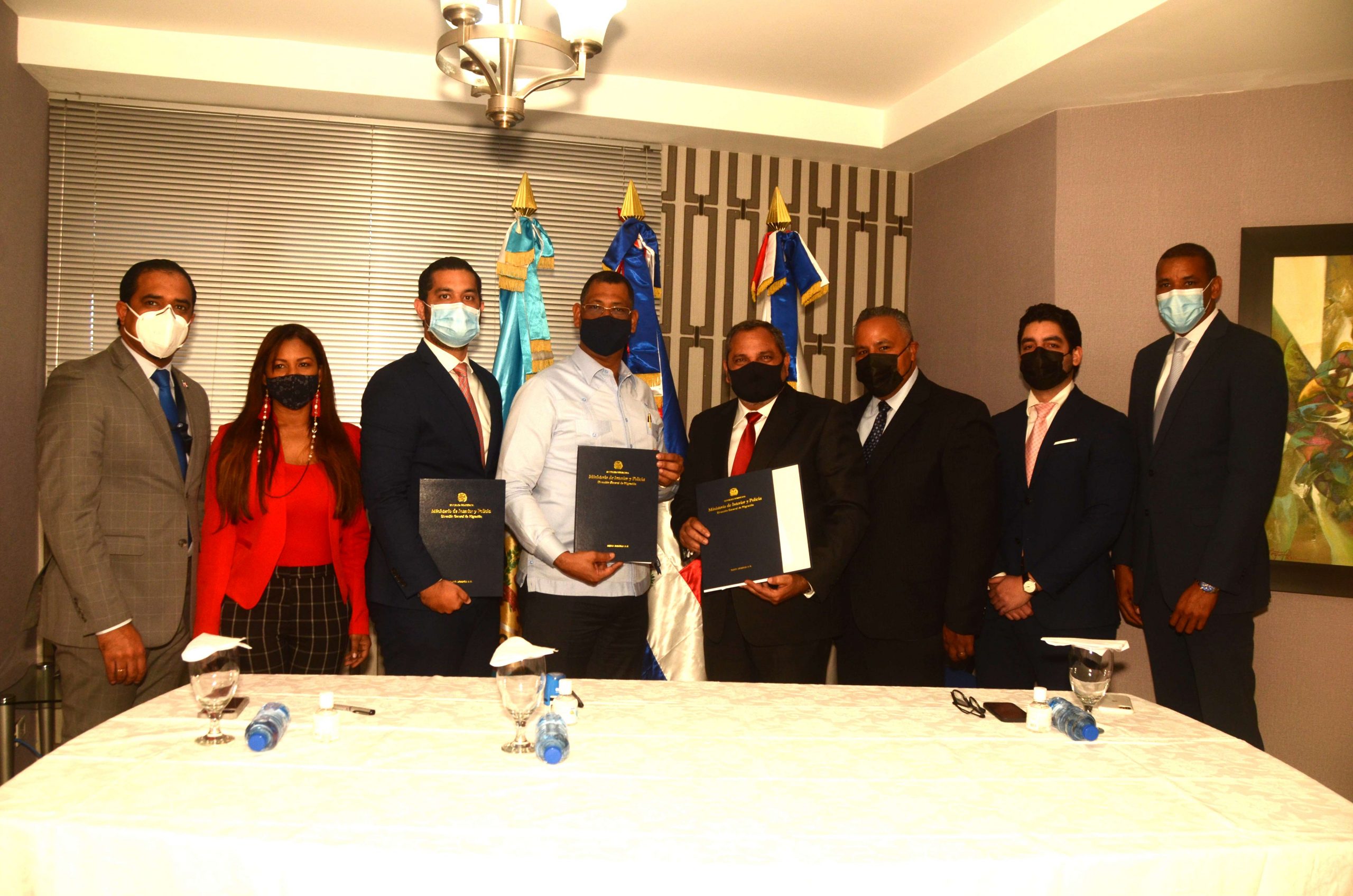 The General Directorate of Migration and the Major League Baseball of the Dominican Republic, signed an agreement to regulate the entry and stay of foreign players in the country.

By the General Directorate of Migration signed its general director, Enrique García ; for Major League Baseball its executive director, Yerik Shamir Pérez; and by the National Commissioner of Professional Baseball, Junior Noboa, in a ceremony held on Wednesday, April 21 at the headquarters of the official body.

The agreement was signed in the presence of Lianny Vásquez , director of immigration control, and Edwin Jiminián , legal director for the General Directorate of Migration. Present for MLB were Miguel Estefan , analyst attorney, and Nelson Tejada , manager of investigations, and for the National Baseball Commissioner, Caonabo Martínez , legal director.

The Migration Directorate is responsible for regulating the entry and exit of foreigners to Dominican territory, as well as their permanence of those foreigners who meet the established requirements, as established by the General Migration Law No. 285-04 and its regulations. Application 631-11.

The Dominican Republic is the only country outside the United States in which academies of the 30 teams that make up the Major Leagues operate, with the Major League Baseball Commissioner’s Office being its governing body.

The academies of the 30 MLB teams installed in the Dominican Republic are training centers and comprehensive education for young Dominican players and other nationalities.