DGM Director: migration must become a ministry of migration and foreigners 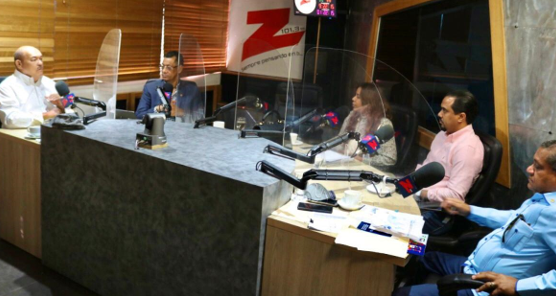 Create migration must become a ministry of migration and foreigners

SANTO DOMINGO. – The Director General of Migration, Enrique García, considered that this unit should be converted into a Ministry of Migration and Foreigners, due to its “great responsibility as guardian of national security.”

When participating in the “Los Sabios en la Z” program, led by engineer Ramón Alburquerque, García said that the possibility of raising the General Directorate of Migration (DGM) to the Ministry and providing it with the necessary resources to carry out its functions should be considered. with greater efficiency and effectiveness.

Among the topics discussed, García said that the National Migration Council is looking for a solution to the irregular situation in which more than 100,000 Venezuelans live in the Dominican Republic.

In that sense, he maintained that the main person interested in seeking a solution for Venezuelan citizens living in the country in an irregular condition is President Luis Abinader, as he stated during his meeting with the singer, Ricardo Montaner.

However, the Director of Migration specified that any foreigner who is in the country must comply with the requirements established by Law 285-04, its application regulations and the Dominican Constitution.

He reported that of the migrants that the country receives, 87 percent are Haitians, followed by Venezuelans, Americans, Chinese and Italians, among other nationalities, but warned, however, that “migration has the responsibility that foreigners are regulate and legally in the country, and remove the illegal and undocumented “.

In another order, García called on the more than 239 thousand foreigners who have expired residences, to approach the institution through the various channels that the DGM has, to regularize their situation, a process that, he said, is carried out in a relatively short time.

In that sense, he recalled that the process can be done digitally, and thus avoid setbacks, “but it is our responsibility that all foreigners who are in the country comply with Law 285-04 on Migration.”

Finally, Enrique García said that he is coordinating with the Ministry of Labor in order to comply with the law that regulates foreign labor, which establishes a relationship between 80 percent Dominican and 20 percent foreign.

But he warns that it is difficult because agricultural and construction entrepreneurs say they have no alternative because they cannot find enough Dominican labor for work in plantations and construction.

García said that the DGM has restarted the immigration interdiction operations, paralyzed since March by the coronavirus pandemic, to detain and repatriate the undocumented and illegal in Dominican territory.

However, he assured that the body due to the precarious budget, inherited debts and the lack of vehicles does not currently have the economic capacity and structure to face the situation of illegality in which foreigners live in the country.