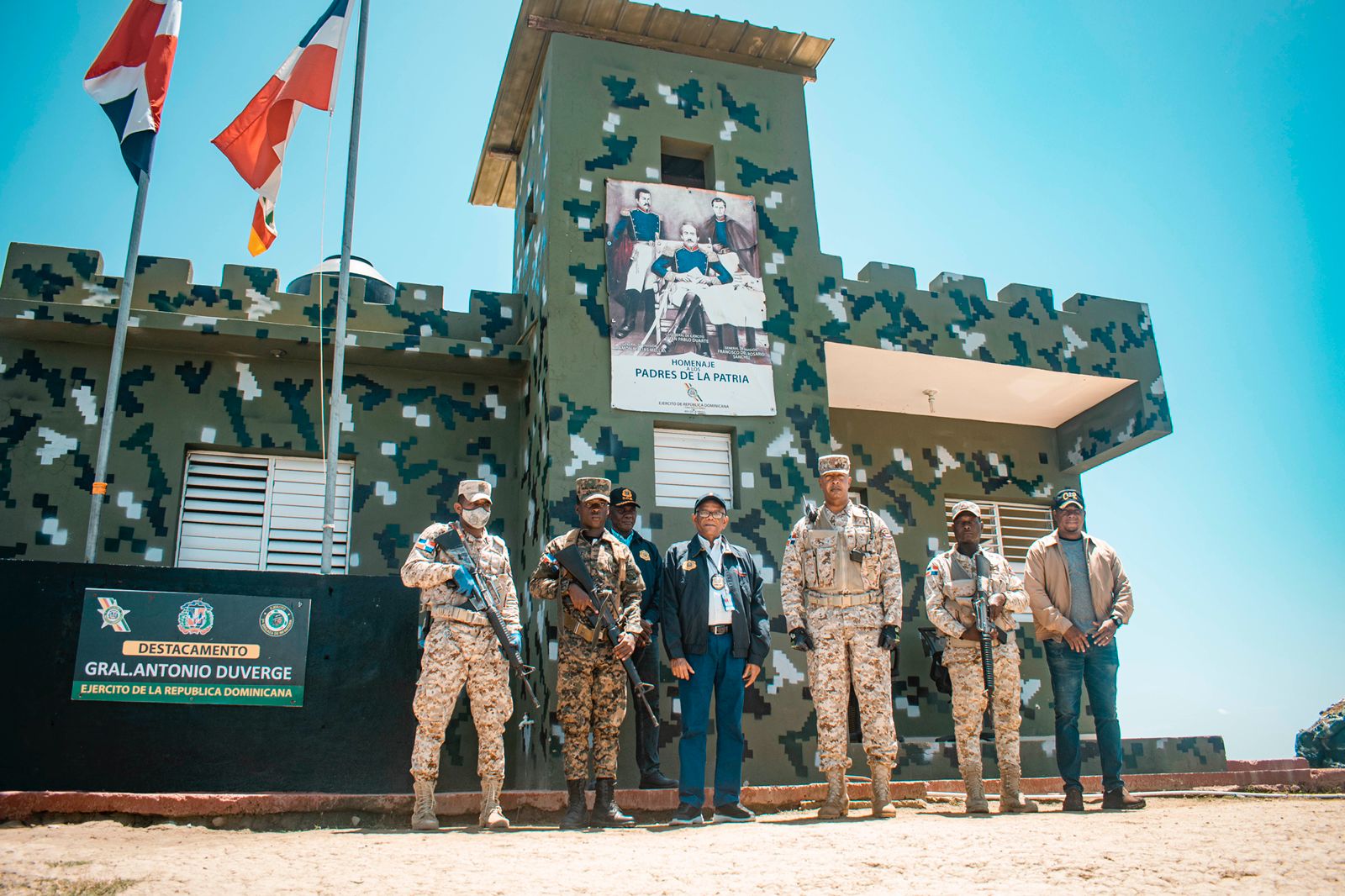 The General Director of Migration, Venancio Alcántara, made a tour of the border, visiting the Elías Piña border point, to become aware of the reality in the strip that divides the Dominican Republic and Haiti.

The official was received by the military authorities, governor and municipal authorities, who gave all the information related to the control that is maintained in the area.

Alcántara spoke with the immigration personnel in the area, observing the functioning of the controls that the institution has.

During the tour, the official observed the construction of the wall that the Dominican government erects on the border to counteract the movement of illegals, weapons, drugs and merchandise from Haiti.

Alcántara was accompanied on this tour by Liany Vásquez, director of Immigration Control, the governor of Elías Piña Milly Martínez, the mayor Julio Nuñez, from the municipality of the commander, the Dominican consul in Veladero Haiti, Jose Valenzuela, among other local authorities.

Since taking office last week, Venancio Alcántara has visited the International Airport of the Americas, where he met with the staff of that institution, as well as with the journalists in that terminal.

In addition, he received the delegation from the Canadian government that arrived in the country with the teams to rescue the miners who were trapped on the Maimón hill; He held a meeting with the authorities of the Immigration and Customs Enforcement Service of the United States and the Office of Customs and Border Protection, an agency that works in the protection of drug trafficking, terrorism and human trafficking.