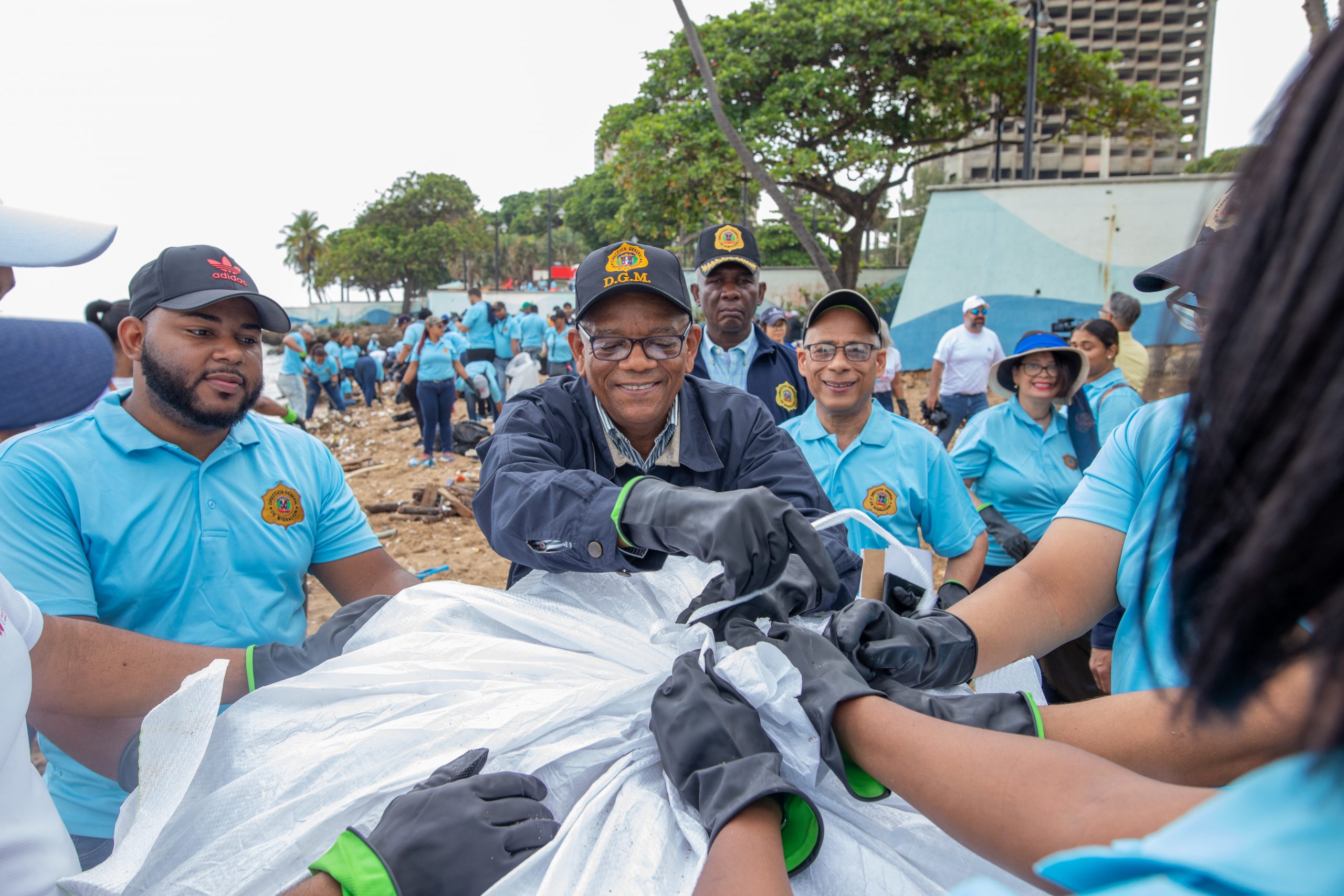 As part of the International Beach Cleaning Day, which is celebrated on the third weekend of
week of September, the General Director of Migration, Venancio Alcántara, led this
Saturday a cleaning day in Playa Guibia of this capital.

Alcántara, indicated that the actions carried out together with the administrative personnel of the
institution, but not so with the operational and interdiction part, which continued to work normally
today, are part of their responsibility and commitment to the preservation
environment, marine fauna and aquatic resources.

He also said that the initiative is part of fulfilling the media commitment letter
environment, within the framework of the management and efficiency of public administration. Director
General of Migration, specified that the cleaning of beaches is carried out with the intention of
educate the population about the importance of caring for the environment, the preservation
of the oceans and sustainability for life on the planet.

Since 1986, International Cleanup Day has been celebrated every third Saturday in September.
beaches as a way to raise awareness and prevent the large amount of solid waste,
especially plastics that are dumped into the seas and oceans, since marine litter
represents a huge problem for subsistence, where it is estimated that in the seas
accumulate more than 320 thousand tons of waste annually.

With respect to the cleanliness of coasts, beaches and rivers, he specified that the
damage that plastic does to the environment and marine fauna, so it is necessary
generate more awareness in order to achieve proper management of solid waste in the
Dominican Republic.