Migration detained and repatriated 4,641 illegal aliens to their country from October 10 to 16 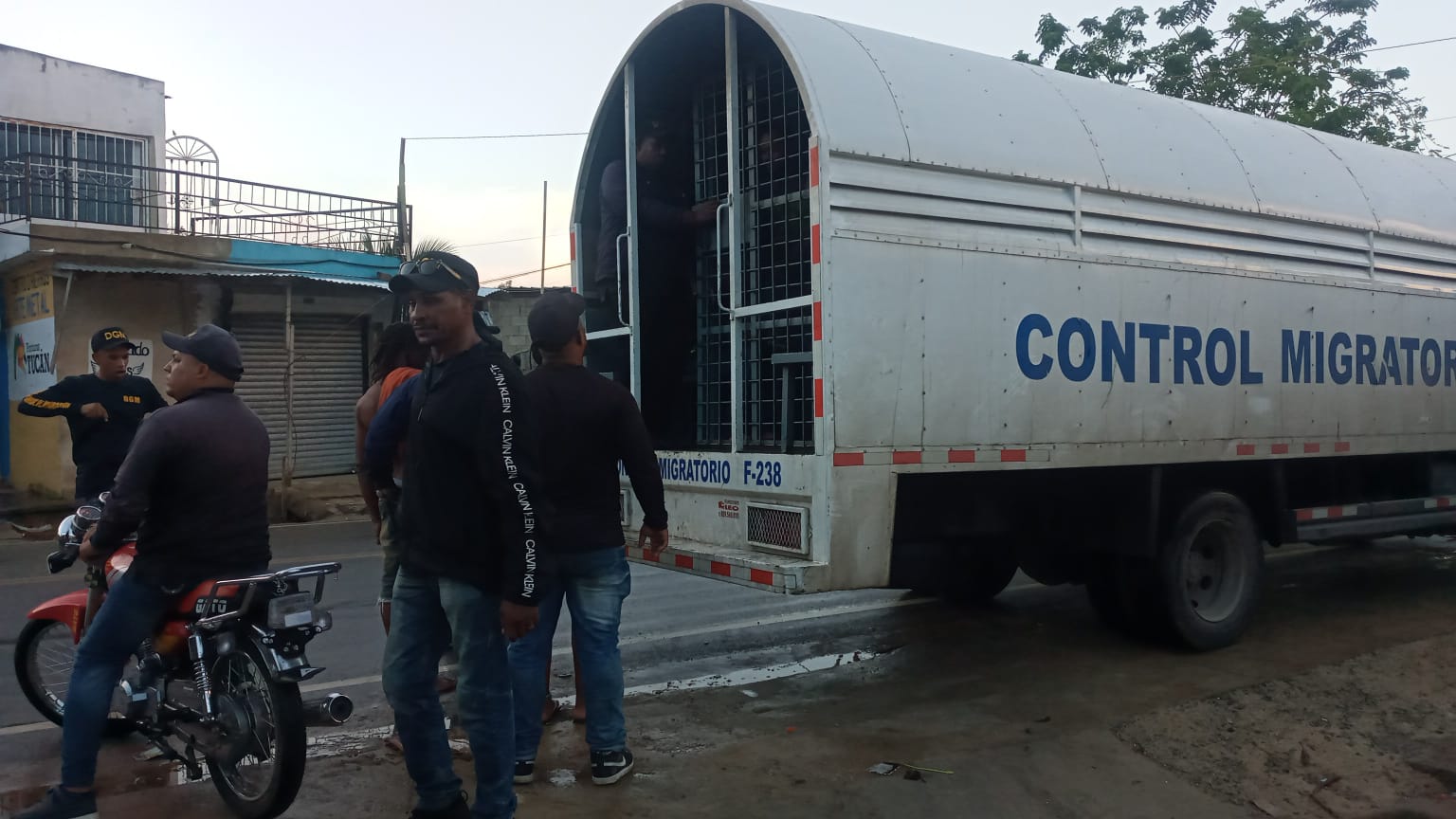 At least 4,641 illegal aliens, mostly Haitians, have been detained and returned to
their countries, from October 10 to 16, as part of the actions being carried out
carried out by the General Directorate of Migration, against the transit and irregular movement of people
undocumented in the country.

The migratory interdiction operations, a total of 53 up to that moment, were carried out in
La Vega, Jarabacoa, Elías Piña, San Juan de la Maguana, Jimaní, Pedernales, Azua, Dajabón,
and Santiago, among other parts of the country.

During the interventions, 3,529 males and 1,112 females were detained, whom
Their physical integrity and fundamental rights were guaranteed.

The operations are being implemented throughout the national geography in a
scheduled and simultaneous, with the aim of faithfully complying with immigration policies
promoted by the Dominican Government headed by President Luis Abinader.

It is recalled that among the repatriations, three Venezuelan nationals were deported to their
country voluntarily, for not having the required documentation that would accredit them
as legal foreigners in the Dominican Republic.

In this sense, the General Director of Migration, Venancio Alcántara, indicated that the actions
will continue to be carried out throughout the country, in order to restrict the entry into the national territory of
Illegal migrants, and prevent unscrupulous individuals with judicial records from attempting to alter the
peace and tranquility on Dominican soil.