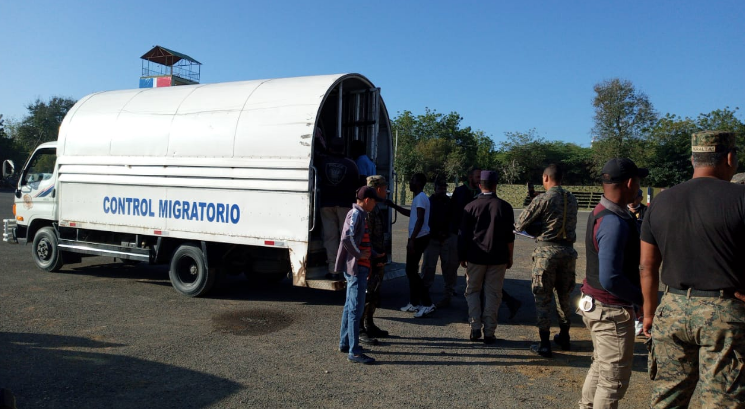 SANTO DOMINGO. – The General Directorate of Migration maintained the immigration interdiction operations during the first two weeks of March, during which 2,059 Haitian nationals were detained and 1,703 were deported for lacking legal documentation to remain in Dominican territory.

The migration operations were carried out in 12 provinces and the National District from March 2 to 3 and from 9 to 12 of the same month in the provinces of Azua, Barahona, Duarte (San Francisco de Macorís), Espaillat, Hermanas Mirabal, La Vega , and Montecristi.

The demarcations with the highest number of detainees were Santiago de los Caballeros with 708, National District with 357, Santo Domingo Este with 348, Valverde with 203, Montecristi with 178, Barahona with 163, Espaillat with 79, La Vega with 62 and Hermanas Mirabal with 56.

The migration inspectors were assisted during the operations by members of the Army, Navy and Air Force of the Dominican Republic, members of Cestur, and representatives of the Public Ministry and of the Environment and Natural Resources.

The DGM reported that the undocumented were deported through the border points of Dajabón and Elías Pina, and assured that it will maintain surveillance throughout the national territory to combat illegal migration, always within the framework of the application of Law 285-04 on Migration , and will proceed to deport all foreigners without permission to stay in the country.