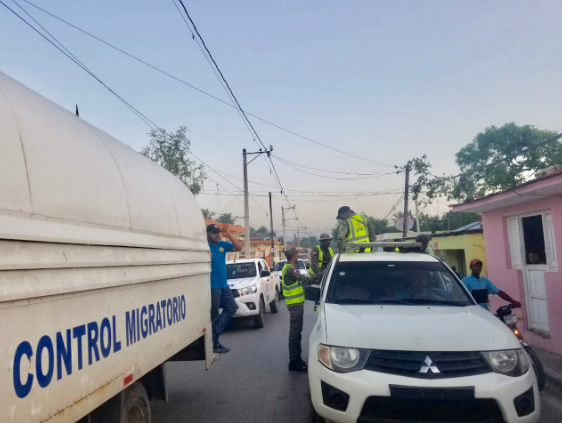 SANTO DOMINGO.- The General Directorate of Migration (DGM) intervened eleven (12) provinces and the National District the last five   days of August, during which it deported 905 undocumented Haitian nationals.

In the operations, carried out by inspectors of the DGM, members of the Army, Navy and Air Force of the Dominican Republic, of the National Police participated; representatives of CESTUR and of the Public and Environment and Natural Resources ministries.

In its information, the DGM indicates that the interdiction operations were carried out following the corresponding protocols established in the General Migration Law 285-04, and respecting the dignity and human rights of individuals.

When debugging the detainees, the DGM reported that 905   undocumented immigrants were deported by the border points of Dajabón and Elías Piña, and 233 dispatched by presenting documents authorizing their stay in Dominican territory.

In Azua, 49 undocumented immigrants were detained at the inter-agency post of Los Pilones; while in Espaillat 65 Haitians were arrested in the Las Lagunas, San Víctor and El Aguacate sectors, and in La Altagracia the detainees were 158, of which 93 were deported.

In La Vega, the authorities arrested 53 Haitians in the municipality of Jarabacoa; In Fantino, Sánchez Ramírez 64; in La Altagracia 158; 157 in the National District;   130 in Santiago de   los Caballeros; 168 in Valverde, 102 in Santo Domingo and 168 in Valverde, among other demarcations.