PRODOMINICANA AND THE GENERAL DIRECTORATE OF MIGRATION SIGN AN INTER-INSTITUTIONAL COOPERATION AGREEMENT. 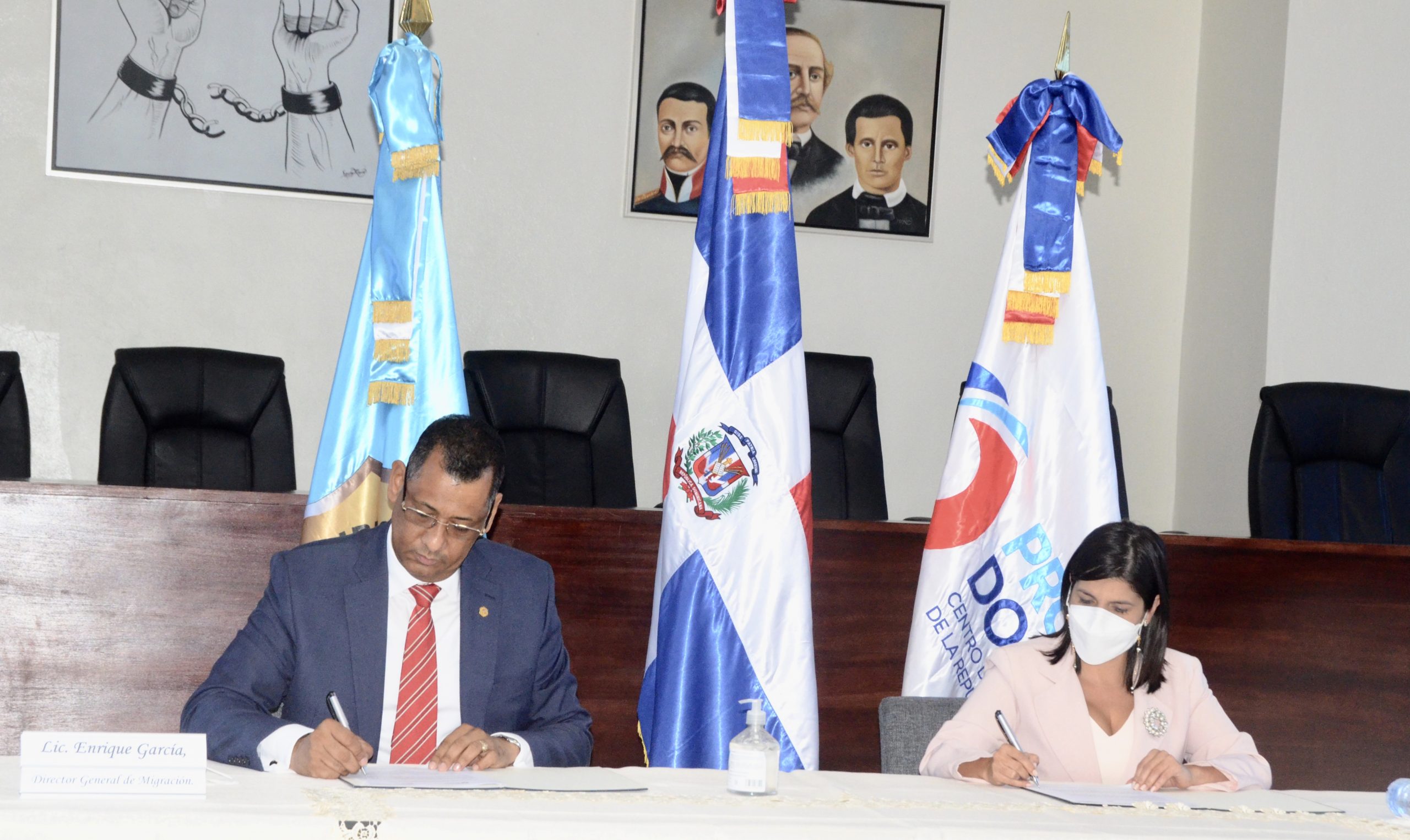 The agreement seeks to improve the process for obtaining residence by investment, the exchange of information and identify opportunities for improvement for greater agility in it.

Santo Domingo – The Executive Director of the Center for Exportation and Investment of the Dominican Republic (ProDominicana), Angelina Biviana Riveiro Disla and the General Director of the General Directorate of Migration (DGM), Enrique García, signed an inter-institutional cooperation agreement on Thursday. The objective is to facilitate and expedite the investment residency process, and the exchange of information on Foreign Direct Investment records.

Biviana Riveiro said that this agreement constitutes one of the many initiatives that ProDominicana is carrying out to promote, attract, expedite and facilitate foreign investment, and that investors have the advantages provided by the law.

“This commitment assumed by each of the parties, contemplates an efficient exchange of information on the records of Foreign Direct Investment processed, so that the General Directorate of Migration can automatically validate the certificates issued, when the investor requests the residence by investment, thus improving the response time in each of the procedures ”, Riveiro pointed out.

For his part, Enrique García, General Director of the General Directorate of Migration (DGM) highlighted that both institutions will collaborate reciprocally, with the aim of exchanging information , which allows visualizing the behavior of Foreign Direct Investment at the country level, for the timely decision-making and development of joint strategies for the promotion of investment services, in order to facilitate the necessary procedures for the establishment of investments in our country.

The agreement seeks the confidentiality, integrity and availability of the information and data shared between the parties. It also includes the creation of an interface and web services, according to the Work Plan that supports this agreement, as well as the provision of integration of services in the Single Investment Window (VUI), once said tool is enabled.