RD and HAITI will initiate talks to stop undocumented migration and regulate trade. 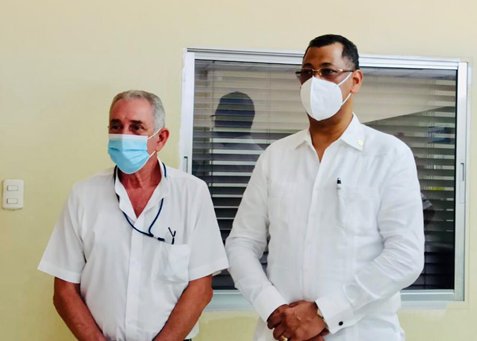 RD and HAITI will initiate talks to stop undocumented migration and regulate trade.

SANTO DOMINGO. – The Director General of Migration, Enrique García, held a friendly meeting with his Haitian counterpart, Joseph Ciancialli with the aim of starting talks to solve the problems generated by the undocumented migration of Haitians and the smuggling of goods.

García reported that this collaborative process should lead to the signing of bilateral agreements that allow correcting the illegal migration of undocumented persons, applying Law 285-04 and regulating trade on the border between both nations.

“We have been developing a health protocol for some time to create the conditions that allow us to resume trade at the border to boost the economy, paralyzed by the Covid-19 pandemic that has hit the country hard,” said the Director of Migration.

For this, García considered, the authorities of both countries must work together and join forces to seek solutions to all the border problems, by signing an agreement that guarantees compliance with immigration laws.

During their meeting, García greeted the attitude of his Haitian counterpart, Joseph Ciancialli, who, in addition to recognizing the problems that undocumented migration from his country generates for the Dominican Republic, showed his willingness to sign bilateral agreements to “provide information that will help fight illegal activities in the area, protect the border and facilitate work ”.

For his part, the Haitian migration director recognized the “too many problems the country has with undocumented Haitians,” and called for an understanding that would lead to the signing of bilateral agreements to solve the border problem.

Ciancialli assured that Haiti is ready to restart trade with the Dominican Republic through binational markets.

The Director of Migration, Enrique García reported that the Dominican authorities initiated Operation Bayahonda to reinforce surveillance in the twelve border provinces, from Pedernales to Dajabón, to detect illegal activities in the area, mainly the transfer of undocumented immigrants.

That operation, he said, involves the 3rd, 4th. And 5th. Infantry Brigade, as well as the battalions of hunters and elite teams of the Dominican Republic Army (ERD).

The operation, he said, began on October 8 and will continue until November 29, when there will be a pause “to pass the balance, evaluate its results and restart operations in January of next year 2021”.