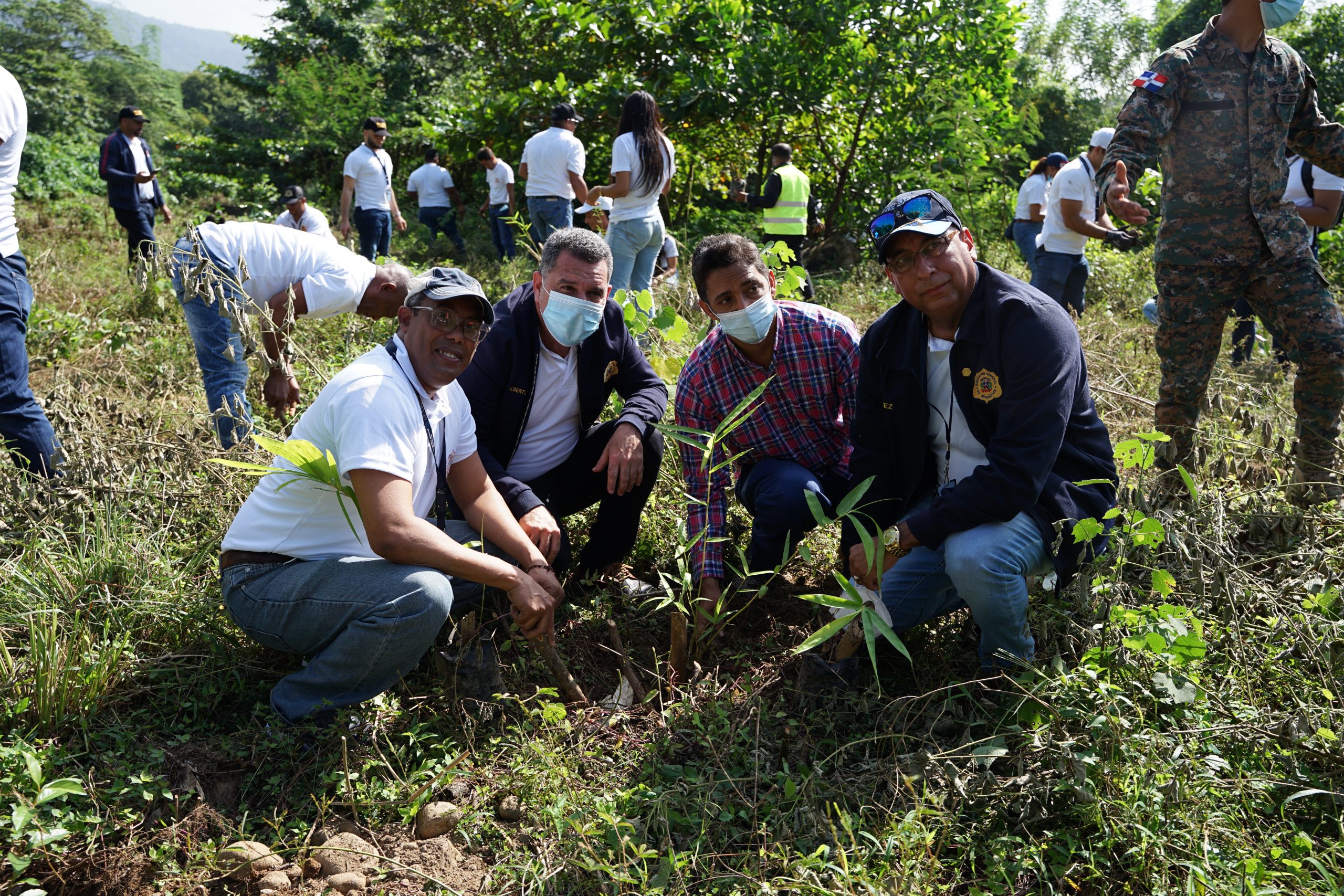 Hundreds of trees of various species were planted by a brigade of servers from the General Directorate of Migration in various communities of the Monseñor Nouel province, as a contribution to the reforestation program run by the government, through the Ministry of Environment and Natural Resources.

The conference was developed last Saturday from seven in the morning to three in the afternoon, at which the person in charge of the Ministry of Environment and Natural Resources of the province Monsignor Nouel, Ramón Javier Hiciano, was present.