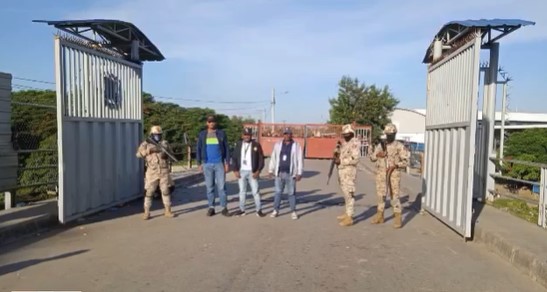 The DGM specified that a video circulating on social networks is not about nationals
Haitians are crossing the border illegally and in a forced way, if not, that it was the product
of the commercial exchange that takes place every week at the border crossing through Dajabón. The
institution reiterated that the government has deployed a greater number of military personnel than
They guarantee security on the Dominican-Haitian border by all means.

He stressed that by order of President Luis Abinader, new troops were stationed
of the Army in the border area, positioned directly by the Minister of Defense,
Lieutenant General Carlos Luciano Díaz Morfa and the Commander of the Army Major General
Carlos Antonio Fernández Onofre, which guarantees security and peace in the towns
border.

He reiterated that the institution is respectful of human rights, however, he warns that
under no circumstances will it allow national sovereignty to be violated, and that it will remain
vigilant to enforce the law. Likewise, he affirmed that Law 285-04 on Migration is
clear, in accordance with the country’s immigration policies, and called for respecting the legislation in order to
avoid sanctions that it contemplates.

These statements are contained in a press release dispatched by the Directorate of
Communications from the General Directorate of Migration, DGM.