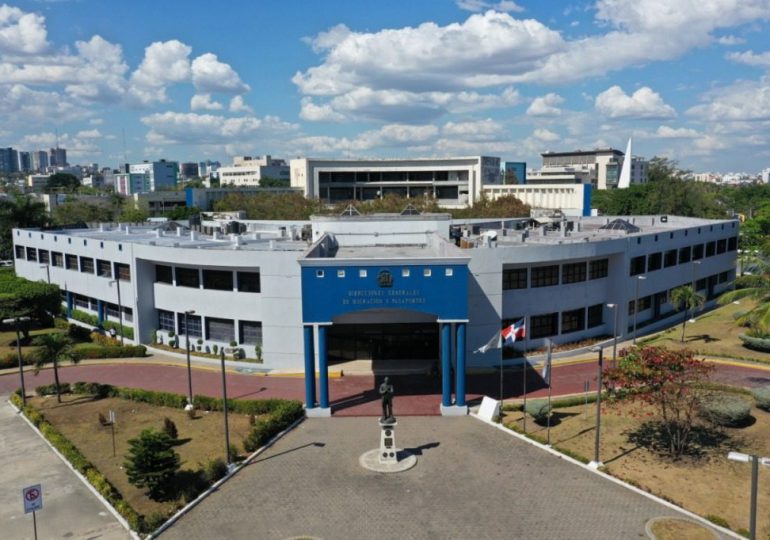 The General Directorate of Migration (DGM) ordered the repatriation of three citizens
Venezuelan women who were in the country illegally, who had been detained
by agents of the institution in routine operations.

After exhausting the purging process and verifying the legality of the situation, we proceeded to
his “voluntary” deportation, with Immigration assuming the payment of the air tickets, determined the
departure of foreigners from the Dominican Republic, to their country of origin, in compliance
to its functions and the attributions granted by the Law and the established Regulations.

In response to a complaint filed by one of those involved through some media
of communication, the institution clarified that, after the immigration authorities exhausted the
procedure and the corresponding administrative procedures, it was concluded that one of the
Venezuelan nationals that were in the first phase of the Normalization Plan,
violated the norm, by traveling through an unauthorized border point to the neighboring country of Haiti and
enter the Dominican Republic without legal authorization.

He refers that the same action was carried out by another of the Venezuelan nationals, who did not
is registered in the regularization processes to benefit from the migratory policies that
promoted by the Dominican government, and after his stay in the country expired, he did not have a
permission to remain, while a third Venezuelan, who claims to have married
with a Dominican and having procreated children, since his arrival in the country in 2018, he has not made
the procedures to regularize their immigration status.

The institution also reported that the latter may be re-admitted into the territory
national, after completing the corresponding procedures, to benefit from legality, such as
establishes the law, and that entry impediment will not be requested against any of the foreigners, who will be helped with a contact at the Dominican Consulate in Venezuela for their
return visa.

Through a press release, the institution specified that “The limitation is made that, despite
that the instructions of the director general since his arrival at the institution have been that the
immigration status investigation processes, declaration of illegality and deportation,
carried out quickly, the reality is that each case is particular and requires several procedures
internal and external, as well as the organization of various logistical aspects, which can motivate
the extension of immigration detention,” he said.

The General Directorate of Migration reiterated the commitment to fully apply the
provisions of the Immigration Law and its regulations, always observing and respecting the
human rights of every migrant.

He invited the foreigners of Venezuelan nationality who registered in the Plan of
Normalization of Venezuelans and who still continue with the intention of staying or
settle in Dominican territory for a determined or indefinite time, to continue with the
stages of the aforementioned process, in order to obtain their immigration status and remain in compliance
to national laws, concluded the institution.